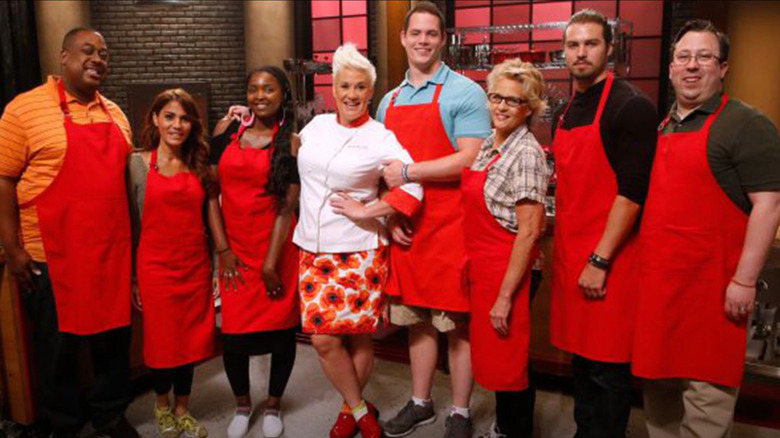 Fans of Food Network’s “Worst Cooks In America” were totally down with the addition of chef Michael Symon as the leader of the blue team, according to Cheat Sheet, which noted fans had taken to Reddit to rave about their love for 2008’s Next Iron Chef on “Worst Cooks.”

“I adore Michael Symon. He seems really well-suited to the show and is definitely someone I’d want to learn from,” said one. “He seems like he would be a lot of fun to just hang out and grab a beer with,” remarked another. Perhaps most importantly, Symon was seen as a “much needed breath of fresh air” for the show’s 22nd season. We feel it’s safe to say that Anne Burrell will remain the one and only leader of the red team. But will Symon be Burrell’s foil as blue team leader for Season 23? Food Network hasn’t made the announcement, but one thing is certain: if Food Network wants to please the crowd, then we have to speculate that Symon will be back with a vengeance!

As for the rag-tag band of not-quite-hopeless home cooks? Perhaps you? Here’s how to get cast on “Worst Cooks in America.” 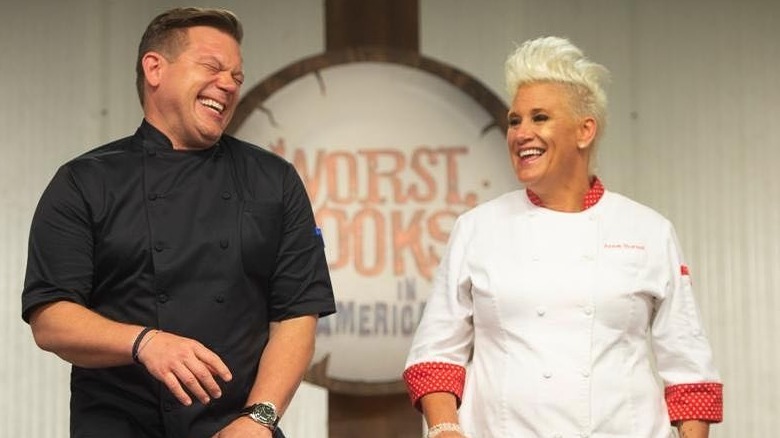 In its 10 years on Food Network, “Worst Cooks in America” has delivered 22 seasons worth of pathos crossed with hilarity — because who among us can’t relate to being the kitchen version of the proverbial deer in the headlights at times? Even celebrity chefs can feel a bit out of their element when you drop them into an unfamiliar situation. Take, for example, that time long ago when chef Alex Guarnaschelli, who has served as both judge and mentor on “Worst Cooks In America,” found herself in the Mile High City of Denver, Colorado, trying — fruitlessly — to get her potatoes to boil (which, as Chef Alex told Mashed, is surprisingly difficult due to Denver’s high altitude). Of course, the same is true for non-chef celebrities who have, at times, made up the cast of “Worst Cook” recruits.

The question is what will be the premise of “Worst Cooks In America” Season 23? Last season’s all-star season gave us a look into what former successful recruits have learned since their time on the show, so it seems unlikely that Season 23 will involve another set of “all-stars.” It could be another celebrity season, since the last “Celebrity Edition” aired more than a year ago in 2020.

Should Worst Cooks In America fans be concerned that information on Season 23 is sparse? 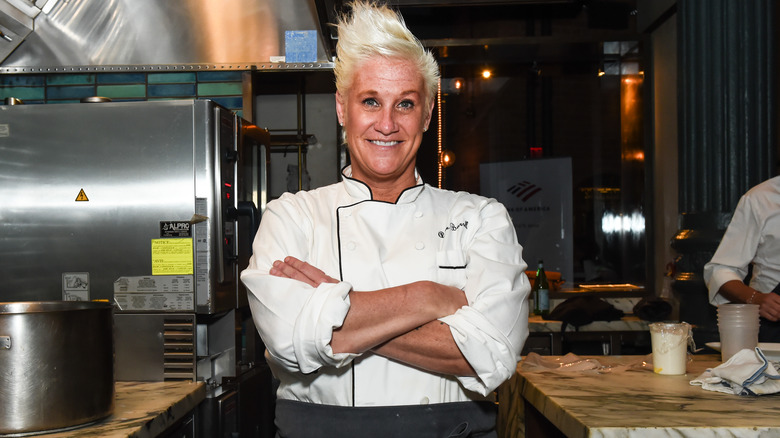 Even though Season 22 of “Worst Cooks In America” was a tremendous hit with viewers, whetting their appetite for, at the very least, more of chef Michael Symon as blue team leader, there has nevertheless been what can only be described as a severe and somewhat frustrating shortage of information about the beloved show’s next season. So what to make of all the deafening silence from Food Network, Burrell, Symon, and anyone else who might be expected to know what’s what?

Given that “Worst Cooks In America” has been such a sensation over the decade-plus it’s been on the air, and how much America appears to love watching Burrell, celebrity guest hosts and judges, and members of the culinary pantheon interact with hapless-but-ambitious home cooks, we think it’s safe to speculate that this particular vehicle will continue its journey. Sure, awaiting official news of the next season of “Worst Cooks In America” may have us all on the edge of our seats. However, we have a very good feeling that Season 23 will be well worth the wait. Meanwhile, here is how you can re-watch every hilarious moment of past “Worst Cooks” seasons.

Worst Cooks in America Season 23 Episode 06 Description The Good, The Bad and The Burnt Chefs Anne Burrell and Cliff Crooks introduce their recruits to cowboy cuisine, starting with a game showcasing Southwestern flavors and ingredients. After a tough morning on the ranch, it’s time for a hearty breakfast, so the chefs teach their […]

Worst Cooks in America Season 23 Episode 07 Description Kitchen Ballers The tables turn, and the teams have to taste and describe an identical dish to chefs Anne Burrell and Cliff Crooks so that they can attempt to replicate it without seeing or tasting it themselves. For the main dish challenge, the training wheels come […]

Worst Cooks in America Season 23 Episode 08 Description Let’s Make a Meal! For the final week in boot camp, the remaining recruits must put their newfound knowledge to use in the real world by foraging for produce at a rooftop farm. Then they have to create unique dishes with a curated box of farm-fresh […]

Watch Worst Cooks in America S23E01 Available after release date 05.01.2022 Worst Cooks in America Season 23 Episode 01 Descriprion Recruits arrive at boot camp to meet up with chefs Anne Burrell and Cliff Crooks; the recruits must cook a loved one’s favorite dish, and then they’re tasked with replicating the chefs’ surf-and-turf dinner before […]

Worst Cooks in America Season 23 Episode 02 Descriprion Worst Cooks Warriors The recruits find boot camp transformed into a gladiator-style arena. Chefs Anne Burrell and Cliff Crooks explain that to be a successful chef, the recruits need stamina, speed and a developed palate. For the skill drill challenge, the recruits learn how to make […]

Worst Cooks in America Season 23 Episode 03 Descriprion Beach Bites Boot camp becomes a beachside resort, and chefs Anne Burrell and Cliff Crooks ask the recruits to explore some iconic summer dishes and ingredients. To start, the teams face off in a head-to-head relay race to make a beach picnic basket, and they’re tasked […]

Worst Cooks in America Season 23 Episode 04 Descriprion Don’t Lose Your Noodle With a focus on flavor, chefs Anne Burrell and Cliff Crooks test the recruits’ palates with a variety of new and fun ingredients. After plunging face-first into pasta bowls, it’s time for the recruits to create their own. The chefs teach them […]

Worst Cooks in America Season 23 Episode 05 Descriprion Queen of Tarts The recruits find boot camp transformed into a Mad Hatter-style tea party, and chefs Anne Burrell and Cliff Crooks send them down the rabbit hole to discover the magical wonderland of desserts and pastry. To learn about the different types of sweet treats […]

What bonuses can I get at online casinos?

Bonuses at Fairspin online casinos are an opportunity not only to bet on slot machines, but also to receive gifts for activity. Administrations are trying to create a maximum of favorable offers for their customers in order to attract new users and fuel the interest of regular players. Registration and first deposit bonuses These are […]

How to choose a pouch?

The choice of tactical pouches depends on the conditions of their use. However, regardless of this, such products must necessarily differ in a combination of the following properties: reliable fixation and protection of things carried from damage; simplicity and ease of extraction of portable items. When choosing pouches, one should also take into account their […]

What body armor to choose?

A bulletproof vest of a high protection class consists of two elements: a ballistic fabric sewn together plate carrier and special protective plates that are inserted inside and act as a shield for the chest and back. To trap a bullet or fragment and dissipate its energy are able: a metal plate (made of steel, […]

Fishing at sea requires a special selection of gear and certain skills from the angler in order to cope with marine life. But the diversity of these inhabitants makes sea fishing exciting, exciting and sometimes unpredictable. Even connoisseurs of fishing at sea are not immune from failures. A lot depends on the right gear, so we will devote […]